5 Ways To Make Your Bowel Movements Easier – And Why It’s So Important! 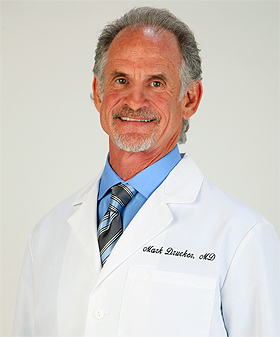 Certainly it’s not a topic you’d chat about over dinner.

But even though polite conversation skirts discussions of bowel movements...

Even though most doctors overlook this important area of health...

And even though once you flush the toilet, you’d rather not dwell on what you did...

Your bowel movements are a topic you shouldn’t ignore.

Why Your Bowel Health Is So Important

Most of us think of our bowels as the final passageway out of our bodies. Nutrients you get from the food you eat and digest are absorbed before the leftovers reach your bowels. However, this doesn’t mean your bowels act only as an exit tube. In the bowels, your body reabsorbs water into the blood stream as it moves the digestive waste out of you.

If you eat well and your bowels are working well, this is a pretty straightforward process. Your muscles contract and steadily move the waste down. Meanwhile your body reabsorbs most of the precious water.

However, if your bowels aren’t operating properly, the waste moves too slowly through this passageway. As this mass sits inside of you it ferments and spoils. Unfriendly bacteria multiply and produce noxious substances. This toxic brew is then absorbed back into the bloodstream. It circulates throughout your body and damages your other organs.

Instead of helping your body stay clean and healthy, your bowels become a source of contamination and illness. Constipation can contribute to headaches, fatigue, depression, obesity and other problems. It can even lead to serious problems like colon cancer.  [1]

Unfortunately, most doctors consider one bowel movement every 3 days to be sufficient. In contrast, most natural health experts see 1-3 bowel movements a day as a sign of good health. Since you eat three times a day, your body should eliminate waste close to that schedule.

And here’s another surprising revelation that counters conventional advice . . .

If you’re having problems moving your bowels, don’t turn to laxatives right away. They can make the problem worse. Laxatives can damage the nerves in your colon, interfering with signals telling your colon to contract and move waste down. Laxatives can also interfere with absorption of minerals essential for bowel muscle and nerve health like calcium and magnesium.

While most doctors won’t tell you this, there are several better alternatives to laxatives. You can help the last part of your digestive system do its job right without the help of drugs.

You probably already know fiber is your colon’s best friend. But did you know why?

First - as most people understand - fiber adds bulk to your waste. This makes it easier for your bowel muscles to contract and move things down.

Doctors are only starting to acknowledge the second way fiber helps. Fiber is considered a prebiotic. It feeds the friendly probiotic bacteria living in your colon. These bacteria turn fiber into a source of energy, butyric acid, used by both the bacteria and your colon cells.

In order to get more fiber, back off refined foods and try to eat more fruits, vegetables and whole grains.

Hydration is one of the deciding factors in how well your colon works. As anyone who’s played in the mud knows, water can literally turn a solid, brick-like mass into soft mush. The same is true inside your colon.

In fact, water may even be more important than fiber when it comes to colon health. In 2013 a group of researchers surveyed 8000 men and women about their water intake and stools. They found the people who drank the most liquid had the least amount of problems with constipation. [2]

As the researchers remarked, the difference made by drinking enough water was consistent and significant.

Most of us don’t get enough water each day. We tend to ignore thirst or mistake it for hunger. Sometimes we show good intentions by carrying a water bottle around. But we don’t drink from it enough. Instead of fooling yourself, periodically serve yourself a big glass of water and drink it down in one sitting.

And here’s another trick for combining two solutions in one – eat lots of hydrating fruits and vegetables like juicy watermelon, succulent peaches and refreshing cucumbers. We can get lots of water in our diet simply with the food we eat. Plus we get a good dose of fiber to boot!

For some people, increased hydration and fiber in the diet isn’t enough to help their bowels ease up. But exercise may make the difference.

In one clinical trial conducted in Scandinavia, researchers sought evidence on whether physical activity could make a difference for people suffering from chronic constipation. All of the test subjects had tried eating more fiber and drinking more water – but to no avail.

However, exercise worked where these dietary changes didn’t. As part of the study, the participants walked 30 minutes a day and did a brief 11-minute set of exercises at home. And within 12 weeks of maintaining this activity, the study participants enjoyed an increased frequency in bowel movements. Exercise helped them finally gain relief.  [3]

Most places in the world, people don’t use toilets. They squat. And in fact, despite the toilet’s revered place as a sign of progress, squatting turns out to be the best way to do your business. When you squat, your bowels are straightened out and can tap into gravity to make things easier. In contrast, when you sit, you put much more pressure on your muscles to get your stools out.

Don’t worry – you don’t need to dig a pit toilet in your backyard to get the full advantages of squatting. Simply pull a footstool up and rest your feet on it as you sit on the toilet. This automatically repositions your body. Or you can purchase a squatting stool designed to fit right under the toilet bowl.

Then let your body and gravity do the work the way it was meant to be done.

Chlorella has long been something I recommend for any digestive issue. But it’s particularly helpful when it comes to constipation and colon health.

And chlorella’s support for your bowel health doesn’t end there. Chlorella seems to help your colon recover even when it’s severely stressed. In a small clinical study, eight people suffering from ulcerative colitis took 10 g of chlorella and 3 ounces of the liquid chlorella extract with concentrated chlorella growth factor (CGF). Aside from the supplementation, the participants maintained their normal lifestyle routines.

At the end of the second month, a full examination and interview revealed chlorella supplementation had contributed to some exceptional results. The examination revealed significantly less inflammation. An overall assessment showed on average a 60% improvement in symptoms!  [5]

It’s hard to keep track of your bowel health. You can’t see what’s going on. And because of a lack of understanding of the importance of bowel health, most conventional doctors don’t pay enough attention to it.

But now you know better.

Don’t ignore it if you’re always straining to go. That’s a sign that your body is having a hard time with one of its most important functions – getting rid of waste and toxins. Ignoring your bowel health can lead to more severe health consequences. And it’s much harder to fix your bowel problems when they’ve gotten serious. Early intervention is the key.

So put these tactics to work. With them, you can help your bowel stay healthy or help it when it first shows signs of stress. With a healthy bowel, you can move waste out more efficiently. And as a result, your whole body will release a big sigh of relief!

Dr. Mark Drucker earned his Medical degree and Bachelor of Sciences degree form the University of Tennessee. Dr. Drucker began his medical career 23 years ago specializing in nutritional and natural medicine. Dr. Drucker is co-host of the popular radio talk show "Health Talk, A Second Opinion," is a distinguished speaker on natural health topics, and is the co-founder and Medical Director of the Center for Advanced Medicine. He is a certified member of the American Academy of Anti-Aging medicine, the American Academy of General Physicians, and a Diplomat Candidate of the American Board of Chelation Therapy, as well as a fellow member of the American College for the Advancement of Medicine.

We believe great content should be read and passed around. After all, knowledge IS power. If you'd like to share any of the insightful articles on SunChlorellaUSA.com, you may republish or syndicate it without charge. The only thing we ask is that you keep the article exactly as it was written and formatted. You also need to include an attribution statement and link to the article. “This information is proudly provided by Sun Chlorella. For more information visit https://www.sunchlorellausa.com/."

[5]Merchant RE et al. A review of recent clinical trials of the nutritional supplement Chlorella pyrenoidosa in the treatment of fibromyalgia, hypertension, and ulcerative colitis. Alternative Therapies. May/June 2001. 7(3): 79-91